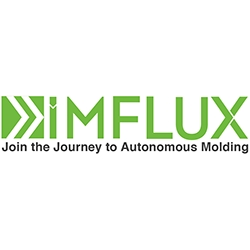 Parts made by injection moulding

iMFLUX began in the spirit of achieving outcomes that weren’t yet possible. In 2010, Procter & Gamble CEO AG Lafley challenged a team of P&G plastics experts to develop technology that could deliver molds in half the time and at half the cost.
The team ultimately shifted its goal and developed an injection molding process that broke every norm, every assumption of the conventional process. This new, low, constant pressure injection molding process is breaking open the application window for the entire molding industry.
From machine and resin manufacturers to mold makers and production lines in every industry – iMFLUX is partnering with companies who want to achieve the impossible.

iMFLUX’s History of Constant Innovation
Initially, the low, constant pressure process was rolled out to internal P&G injection molding units and some of the company’s strategic partners. The internal operations eventually incorporated as a separate entity – iMFLUX – in 2013. Since then, iMFLUX has: