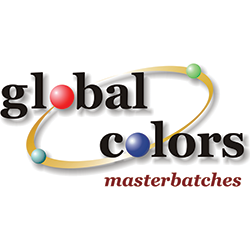 This company is main exhibitor of

For a visual presentation of our standard color shades you may refer to the Color Selector application.

PLASTIKA KRITIS is known as one of the most competitive manufacturers of high quality black masterbatches in Europe.

PLASTIKA KRITIS has very long experience and deep technical knowledge in UV-stabilization of polymers. It provides proven solutions for protecting plastic products from the harmful effect of UV radiation and is known as one of the most competitive suppliers in this field.

A wide range of additive masterbatches is available (slip, anti-block, anti-static, flame-retardant, etc.) while special products are developed in cooperation with customers for addressing specific problems.

PLASTIKA KRITIS has unique experience in additive masterbatches for agricultural films and provides technical advice on their optimal use in this demanding application.

Filler masterbatches are based on calcium carbonate and talc. They are used for property modification (e.g. as anti-split in PP tapes and as impact modifiers in PP) or for reducing cost and improving processing of plastic products.

Garden furniture compounds contain high loadings of calcium carbonate or talc, often with other additives and/or colors. They are used for coloring and improving the properties of PP garden furniture.

Colors based on RAL or other international standard, specially developed for low and medium voltage PVC cables. The products are used by well-known cable manufacturers.

These masterbatches are made through close technical cooperation with customers to address specific needs. They contain different types of additives in the right proportion for producing a specific product (e.g. UV+antioxidants+infra-red+anti-drip for greenhouse films).

PLASTIKA KRITIS was established in 1970. It is one of the leading European producers of masterbatches and agricultural films. It has a strong international orientation with plants in France, Romania, Poland, Russia, Turkey and China and exports to more than 70 countries around the world. It has been listed in the Athens Stock Exchange since 1999.

The company specialises in the production of:

It is serving with its products the plastics industry, the horticultural & agricultural markets as well as projects related to water-management & environment protection.

PLASTIKA KRITIS also owns and operates a 12 MW Wind Park and 340 KW of photovoltaic stations in Greece, producing electricity that secures for the company the most competitive source of energy.