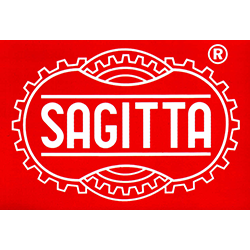 This company is co-exhibitor of
ROLF SCHLICHT GmbH

Band granulators for rubber and plastic compound able to produce cube-shaped granules.
The size of the granule is from 3 to 15mm.
Very precise scissors like cutting system. 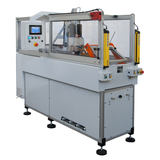 TGM machine models cut elastomers or rubber revolving sleeves into rings thanks to lance-shaped knives or circular knives. The sleeves are fixed on revolving spindles. Machine models TGM allow cutting of extreme precision. The horizontal slide and the vertical cutting slide run on recirculating roller guides and are operated by Brushless motors and recirculating ball precision screws. The sleeves holding spindles are at variable speed controlled by Inverter. Close circuit forced lubrication system allows an easier cutting. All the adjustments, data setting, diagnosis etc. are operated through the control panel and run by PLC. Machine models TGM machine models with 2 or 6 mandrels can be customized according to the different needs. The sleeve loading and the ring unloading operations are very simple and quick and made easier by the machine automatisms. The operator can carry out the loading and unloading easily and in safety conditions because the machines is equipped with safety doors. On demand the machines can be supplied to cut sleeves longer than the standard size of 150mm

In 1947 Mr. Alberto Bocca, “ingenious inventor and agile maker” sets up a workshop to make machinery for the Italian shoe factories to which he gave the name of “SAGITTA“ (Latin name of the arrow): synonymous of speed and precision.
Sagitta soon rises to a prominent position and makes a decisive contribution to the development of the Italian shoe industry.

During the year 1959 Mr. Bocca met Mr. Rolf Schlicht an ingenious graduate chemist, which he founded in the same year ROLF SCHLICHT GmbH with very close contacts to the rubber and cable industry.
Together with Rolf Schlicht SAGITTA has developed the first band granulators.

This encounter lays the foundation for the success of the brand SAGITTA.
Even today, SAGITTA is closely associated with ROLF SCHLICHT.

SAGITTA Band Granulators are machines for the production of uniform cube-shaped granulated material.
The technology and the great precision of the SAGITTA machines allow to obtain a very positive feedback from the users.
Sagitta Band Granulators have been used for more than 60 years in various production processes by the most important industries.