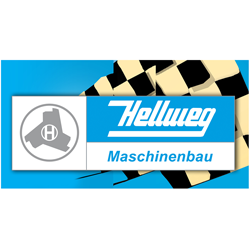 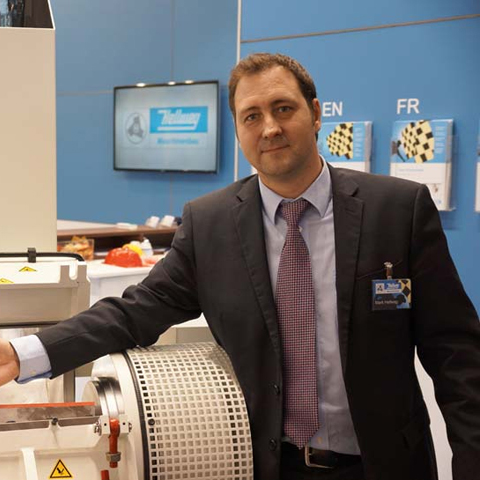 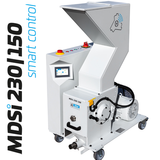 To ensure safe and smooth operation, power consumption, rotation speed and temperatures are measured, analysed and documented in real time. In this way, direct conclusions can be drawn about relevant downtimes and excess of these is reported at an early stage – long before malfunction can occur.

With the new “eco” operating mode, power consumption can be reduced by up to 40%. The Smart Control unit measures the power consumption, evaluates it over long periods of time and actively learns the requirements of the respective applications, in order to independently apply optimum operating settings. During operation, the operator can read current consumption with a digital Ampere meter in real time operation and gain access to detailed statistics on long term operation.

Another novelty is boost operation, with which the grinding capacity can be temporarily increased, in order to compensate for production-related fl uctuations. In addition, various rotation speed ranges are available for a wide variety of plastics. Even plastics with extremely low melting temperatures can be granulated without using additional cooling.

Hellweg Maschinenbau GmbH & Co. KG has extended its successful 600 series granulator at the upper end. The new M 1500/600 version is able to offer enormous torque due to the high stability of the entire machine housing and the heavy duty rotor, which is produced entirely from only one single block of metal and weighs 3,000 kilograms.

The proven double slanted scissor type of cutting ensures that the large granulator is in a position to shred thick-walled mouldings, sheets, pipes, profiles, crates and canisters. Also when used in continuous operation, maximum heating up of material during the grinding process amounts to no more than 33 °C, and even with glass fibre reinforced plastics to no more than 38 °C. This means no possibility of thermal degradation of the material.

On account of the sophisticated technology, the 600 series granulators offer the possibility of full scalability. Despite difficult material tasks, the high-grade regrind produced can be easily processed further. The new granulator can be individually adapted according to predetermined conditions. Depending on the material to be granulated and the size of the screen block used, throughput reaches around 800 to 2,500 kg/h. Drives with nominal installed power ratings between 75 and 110 kW are used to ensure this performance. Despite the high performance, the granulators work not only with particularly gentle treatment of the material, but also with high energy-efficiency. Peak loads are mechanically compensated very effectively - due to the high rotor weight and arrangement of the blades according to a high-shear cutting principle.

The rotor with 600 mm diameter works at a speed of around 400 min-1, with working width of 1,500 mm. A choice of rotors is offered, with three to seven continuous rotor cutting strips. The usual laborious process of setting rotor blades has been eliminated by the proven technology from Hellweg. With film applications particularly in mind, the number of stator blades can be increased to four.

With its highest level of robustness and therefore long life with the very little maintenance effort needed, the new large M 1500/600 granulator slips neatly in among the other Hellweg granulators. Depending on the version, overall weight reaches up to 11,000 kg. The machine is optionally available with special rotor versions for lumps and film applications, different wear protection packages for glass fibre reinforced material applications, as well as appropriate noise protection cabins.

The company’s Managing Director, Mark Hellweg, says of the new machine “Aside from the high performance, we present with the M 1500/600 a granulator that also has other strengths, such as in flexibility on account of the machine’s modular design. For example, straight or slanted housing versions are available, as well as different rotor and stator designs, in order to address the different tasks required in the market”.

Dust-free granulation of sprues and rejected parts is often a decisive quality criteria for return of the regrind produced in acceptable quality for the production process.

The cutting system of the Slotter (slow cutter) consists of a segmented roll rotor and, depending on the version, one or more pre-cutting and counter-cutting blades (image). Larger and bulkier parts are pre‑shredded between the rotating pre-cutting blades and the inside wall of the machine housing. The pre-shredded material is reduced further between the roll rotor and the counter-blades, from where it exits as granulate. Achievable regrind particle size depends on width and height of the tooth flanks and amounts to between 4mm and 8mm with a throughput rate of approx. 5-20 kg/h.

The compact and highly space-saving construction with an angular gearbox enables its use directly at an injection moulding machine. The dividing design of the grinding chamber guarantees fast opening, very good access and therefore super-fast cleaning, e.g. when changing colour or material type.

The Hellweg ”Slotter” (”Slow Cutter”) type roll mill works without use of sieves and with low speed of just 25 rpm, so that gentle granulation of sprues and gating parts takes place, preventing thermal degradation, ensuring faster output of ground material and regrind with an extremely low level of dust, that is often a decisive criterion to ensure that the material can be returned to the production process.

Extremely fast and easy cleaning is enabled by division of the grinder into two sections. 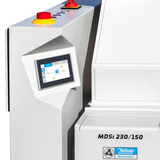 Hellweg Maschinenbau GmbH & Co. KG, a granulation machinery specialist from Roetgen, located in the north of the Hohes Venn-Eifel nature park in Germany, presents its granulators at K 2019 with a new digital Smart Control system. This enables networked communication of the machines with upstream and downstream components, as well as with operators, according to Industry 4.0 “Internet of the Things” (IoT) principles.

The new Smart Control system measures and stores, for example, power consumption, rotation speed, bearing temperatures, as well as the service life of bearings, blades, sieves and the wedge-profile drive belts (V-belts). Evaluation of the data enables conclusions to be drawn about the energy consumption used in granulation of various plastics down to defined particle sizes and about the related service lives, for example of bearings, blades, V-belts, etc. The efficiency of the granulation process can be assessed by comparison with stored reference values, enabling potential malfunction and damage to be predicted at an early stage and then avoided.

The new so-called “boost operation” enables a short-term increase in grinding performance, in order to compensate for production-related fluctuations. In addition, certain rotation speed ranges have been defined for various plastics, by means of which, for example, granulation of low melt-temperature can be performed in continuous operation without problems arising, so that water-cooling is not required.
Smart Control evaluates measured power consumption over longer periods of time. The operator can use a digital Ampere meter in real-time operation and access detailed statistics that have been created over long-term operation.
Standardised soft starting of the motor and a new motor brake make the granulators energy saving and safe. Power consumption can also be reduced with the new “eco” operating mode, as this adapts the rotation speed according to input quantity.


Detailed instructions
Detailed, user-friendly “step by step” instructions are available, for example for changing blades, maintaining V-belts and cleaning the granulator quickly and efficiently. It also explains checking the V-belt pre-tensioning force, which can be carried out with a test device included within the scope of delivery. Further instructions are provided for performing recommended visual inspection.

Fast spare parts management
Fast spare parts management can be achieved, as Smart Control allows you, for example, to monitor the state of cutting blades and of the sieves in use. A visible alarm informs the operator of the necessity of a replacement due to wear. An active V-belt monitoring system automatically switches off the granulator in the event of a deviation from the nominal value.
Also integrated within Smart Control is an automated enquiry system that issues requests for quotations for spare parts such as blades, sieves and V-belts directly from the manufacturers.

As a family-owned company, Hellweg Maschinenbau GmbH & Co. KG is managed by the second generation of the founding Hellweg family and specialises in production and worldwide sale of high-grade granulation machines.

Hellweg scissor-cut rotors are produced by milling from a single metal preform, so they do not have any welding seams or imbalance, while featuring high stability at highest possible torque. This elaborate production method results in self-dosing behaviour of the granulators, as well as enabling all engineering plastics to be thoroughly granulated. It does not matter here whether the material has hard, fragile, tough or even soft properties. Hellweg granulators based on the scissor and slanted cut working principle have been proven to be successfully used for granulation of the following plastics:

Company information as a PDF file