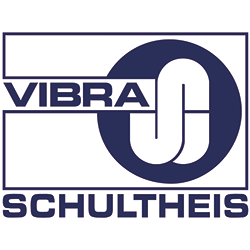 Our company was founded in 1948 by Wilhelm Schultheis. Right from the start, we specialized in the manufacture of machines for screening and compacting. In more than 60 intervening years since its establishment, VIBRA SCHULTHEIS has earned an excellent reputation for innovation and developed into an internationally recognized partner of the chemical and food industries. In 1970, the day-to-day running of the company passed to the founder's son, also named Wilhelm Schultheis. In the meantime, the third family generation – Winfried Schultheis and Manfred Schultheis – has taken over the helm as joint Managing Directors.

Important milestones on the route to our present product range:

Our company's success is rooted in collaborative partnerships with our clients as well as in the awareness of every single employee that the ultimate goal of each individual step is customer satisfaction with the finished product. Our impressive evolution has been accompanied by the regular extension of our production equipment, which meanwhile covers a total floor space of more than 12,000 m².