Diving fun thanks to plastics

Diving fun thanks to plastic 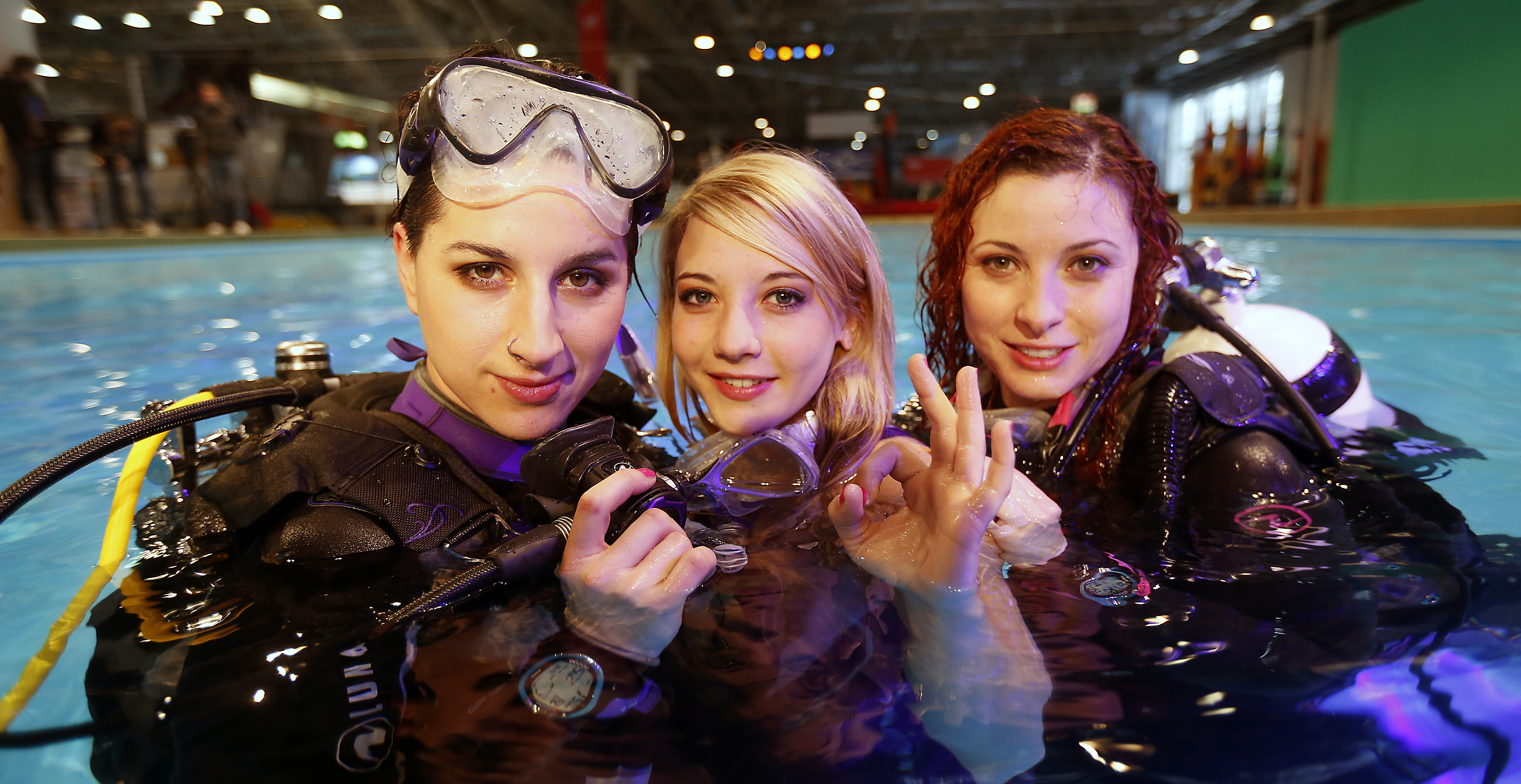 Millions of people explore the oceans every year with diving goggles and a snorkel, a lot of them prefer technical equipment and compressed air for their underwater trips. Diving is such a fascinating sport that it is easy for beginners to overlook the fact that although air is the most important thing divers need to survive underwater it is not the only thing. They also need to be in good physical condition and wrap themselves in outer packaging that is appropriate for the water temperature. The types of equipment that are available for recreational divers today can be viewed for example at the “Boot” exhibit from 19th to 27th January 2013. This exhibit shows: diving without plastics is unthinkable.

One of the characteristics of water is that it removes heat from an unprotected body within a very short time – about 25 times faster than air is able to do this. What is a simple physical law can under some circumstances represent the start of a catastrophe for a diver: hypothermia causes circulation problems, which can in turn have the effect that the diver falls completely unconscious - with fatal consequences underwater. Wearing a diving suit helps to reduce the risk.

Most diving enthusiasts opt for diving suits made from chloroprene rubber because of their excellent insulation properties; the finished product made from the plastic is better known to many as a neoprene suit. In contrast to clothes made from neoprene, fashion plays only a minor role when buying a diving suit. Dass es aber auch chic und schön geht, zeigt die boot 2013. Fashionable chic is nevertheless possible, as demonstrated at the Boot 2013 (www.boot.de)

Functional efficiency is the priority
A distinction is made between dry, semi-dry and wet diving suits, depending on whether and how much water can penetrate between the surface of the body and the inside of the suit. While a dry diving suit provides sufficient space for warm underwear, a wet or semi-dry diving suit should fit perfectly - quite literally like a second skin. For a good reason:

Water stores heat or: when wrinkles make you feel cold
Water that is located in the space between the surface of the body and the inside of the diving suit is warmed up by the heat of the body and helps to store heat underwater. In order to make sure that the impact of this heating process is not reduced, the water should not if at all possible circulate and mix with the water outside while diving. 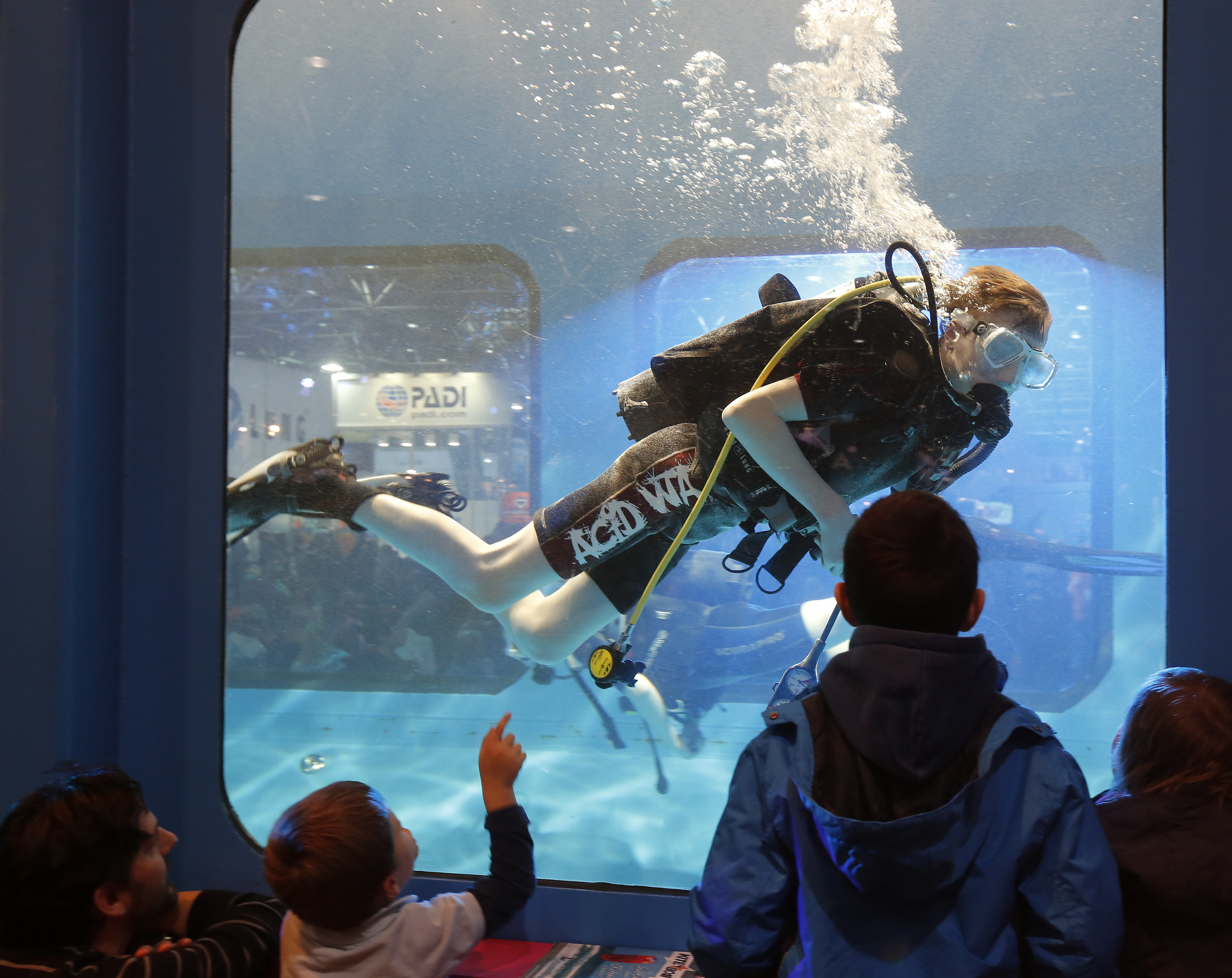 Problems occur when wrinkles form in the suit. More water than is supposed to gets into the space between the body and the suit. Logically enough, this in turn means that the body has to increase its heating output in order to keep the water at the same temperature: it cools down faster and the diver feels cold - in spite of the suit.

The thicker the better? With diving suits this is relative
It is not only important for the diving suit to fit properly. Herbert Seelig, a rubber engineer and process chemist at Sedo Chemicals, says that the quality of the material used primarily determines the heat protection that is provided. This company from Fürstenwalde by the River Spree in Germany is the leading European supplier of chloroprene rubber, which it has for years now been processing into panels from which high-quality diving suits are produced; about ten companies operate in this field around the world.

A cross section of one of the breathable chloroprene panels confirms Seelig's statement: countless tiny bubbles filled with nitrogen and water vapour are located next to each other in the vulcanised chloroprene rubber; vulcanisation means using suitable processes to change the material from a mainly plastic state to an elastic state. The bubbles protect the diver against heat loss – like double-glazed windows, if you like. The smaller their diameter, the more bubbles there are and the better the insulation. 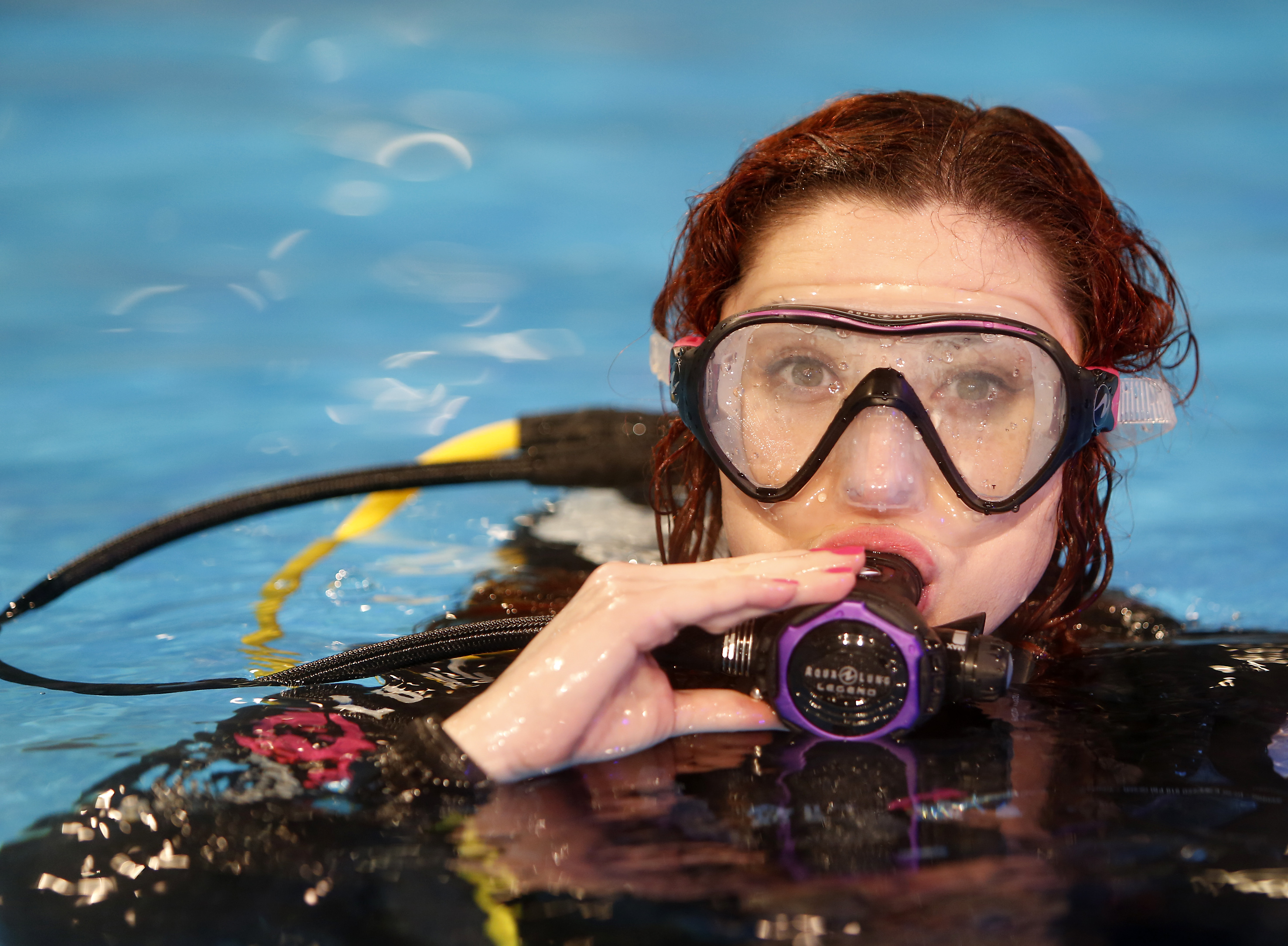 Seelig says that the production process has a crucial effect on the size and consistency of the gas bubbles in the finished product. He mixes the ingredients like a baker who is preparing to make a delicious cake by a secret old family recipe. He kneads the chloroprene dough, feeling and examining it. Over and over again. And in the same way that dough made with yeast is given time to rise, the rubber material has to be allowed to "rest". During this time, gas bubbles form that are distributed throughout the material and guarantee optimum heat protection after the material has been vulcanised and the diving suit has been cut out.

Quality has its price
Chloroprene rubber occasionally costs substantially more than high-quality leather. In order to reduce the price, some suppliers use cheap fillers which have a negative effect on the functionality and useful life of a diving suit. An example: at a depth of about 20 metres, the pressure of the water compresses what can be described as "airy" chloroprene seven millimetres thick so that it is only about three to four millimetres thick afterwards. The gas bubbles are very good at resisting compression here: they maintain their density and position and thus their insulation properties in spite of the pressure. Compact fillers, on the other hand, reduce their thickness under pressure: they get thinner and thinner and their heat protection properties - which were already inadequate – are reduced even more.

The same thing can, incidentally, happen to suits that have been manufactured from a material that has not been made with the meticulous observance of formulation specifications and production procedures. Diving suits made from inferior material get thinner – and stay that way – after they have only been used for diving a few times.

What conclusion do you draw, Neptune?
It is at least generally the case that no risks are involved and no regrets have to be feared if brands are bought of the kind that well-known suppliers will be presenting soon at Boot 2013 (19. - 27. January 2013); a complete summary of all the suppliers exhibiting on the Messe Düsseldorf site can be obtained by entering the search word - diving (www.boot.de)