From "red rubber" to Buna: 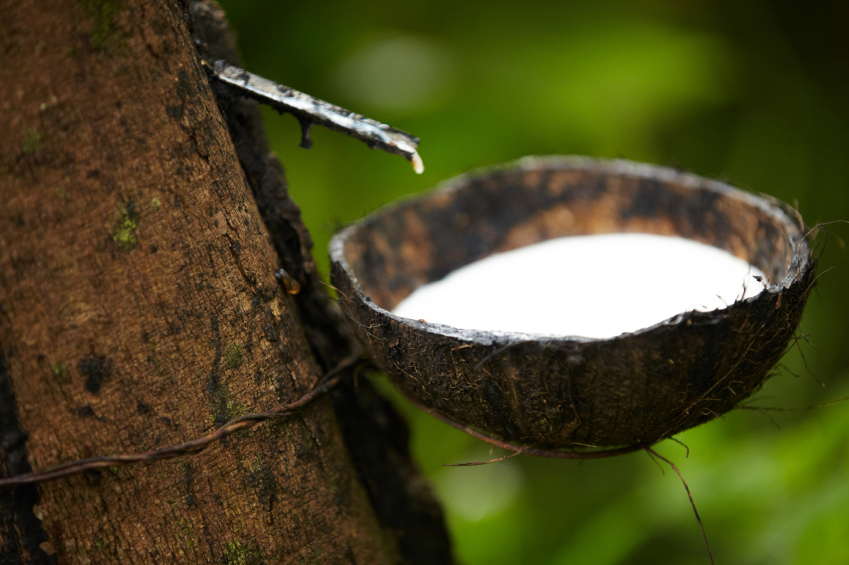 The world war about rubber

The bestseller lists compiled by the book publishing industry and the title pages of magazines are currently dominated by the First World War, which began in Europe 100 years ago. What is not mentioned in media coverage is that a different, economic war which also cost millions of people their lives raged around the world long before 1914: a war that was attributable to the industrialised world’s insatiable appetite for rubber and involved brutal exploitation of the indigenous population as rubber collectors in the rainforests around the Amazon and the Congo, ruthless price wars, determined defence of the trade monopoly and never-ending attacks to end it – with Brazil, Great Britain and the USA as the main rivals.

Journalists of this era agreed that no other raw material left such a shocking mark on the history of the global economy than rubber and therefore coined the phrase “red rubber” to describe it: the “blood” of trees that were tapped to death and the blood of people who died a painful death were spilled so that rubber could be produced. What is probably the darkest chapter in the history of greed and an obsession with profit at any cost only came to its long overdue end when synthetic rubber was invented as an “antidote to red rubber” (Fischer 1938, 155).

All of this has prompted k-online.de to start a series about the events in and background to the “rubber war” entitled “From ‘red rubber’ to Buna”. The series has been based deliberately on contemporary sources with local colour that at the same time provide an insight into ideological patterns which are symptomatic of both left- and right-wing criticism of capitalism. The series is being launched with “The grand ABC of rubber”. It explains the central terminology, highlights an extensive range of the issues and aims to whet your appetite for the content that you can expect in the coming months. It is not merely a review of the past: the series highlights the fact that globalisation and land grabbing are not developments of our time; they are instead a continuation of the colonial age by other means. The primary lesson it teaches is, however, that not rubber in itself but “human beings” [...] were “the cause of the horrors” (Jünger 1942, 197) – and that it is therefore up to us ourselves to make sure that history is not repeated.