What I think of polymers 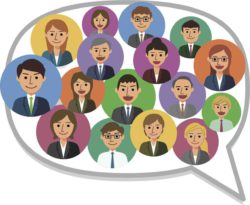 Between 9. November and 2. December 2016, PlasticsEurope carried out a representative opinion poll in Germany, with the aim of finding out more about the image of plastic. In March 2017, the association of plastics manufacturers presented the results of the opinion poll. K-online summarises the main points in the Topic of the Month for March.

About 1,500 people from different population groups between the ages of 18 and 60 were asked to express their opinions about plastic in face-to-face interviews. Michael Herrmann from PlasticsEurope Germany reports that the aim of the opinion poll was to gain an insight into how plastics are seen and what image polymer materials have. In order to be able to assess the answers appropriately, the people interviewed were divided up into groups. A distinction was made between

In addition to the questions about plastic materials, an attempt was made to find out what people in Germany are concerned about in general. In response to the question about the most urgent assignments and challenges of our time, more than 60 per cent of the people interviewed in all sectors of the population gave solution of the refugee problem as their answer (multiple answers were allowed). 37 per cent of the general public (GP), 27 per cent of well-educated young people (YP) and 31 per cent of the decision-makers (DM) mentioned maintenance of the social security system. 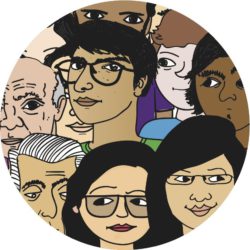 One question focussed on the positive or negative things people had heard about plastic. About three quarters of the people interviewed gave neutral answers, i.e. they did not express an opinion about plastic. Ten per cent were exclusively negative, while five per cent said that they had heard or read only positive things about plastic. Seven per cent remembered both positive and negative things. The people interviewed were then asked whether and, if so, in what specific context plastic had been mentioned. Functionality, versatility and cost-effectiveness attributable to plastics were the dominant answers, in addition to the potential plastics offered to save energy and resources. Sustainability and environmental issues, particularly pollution of the world’s oceans by marine litter, were another focus, on the other hand.

Marine litter is an issue 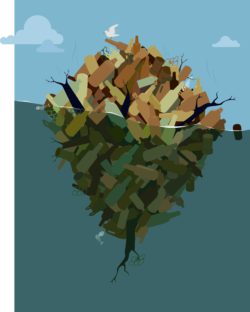 There were qualitative and quantitative differences in this context. For example: when asked for their general impression, i.e. whether the people interviewed had in general heard anything positive or negative about plastic, only about six to seven per cent of the answers – mainly those given by well-educated young people – spontaneously included marine litter as an issue. If, on the other hand, the people interviewed were specifically asked about marine litter, the picture was completely different. In this context, about 30 per cent of the people interviewed said that they had heard or read about the subject. The comparison reveals that the marine litter issue is evidently attracting less attention as time goes by.

When asked who or what was the main cause of marine litter, plastic waste was the most common answer, followed directly by the fact that the focus in society nowadays is on disposability and consumption. The business and industrial communities’ concentration on profit came in third place, followed by the shipping and fishing industries. Only three per cent felt that non-plastic packaging and tourism were to blame. And only two per cent said that it was due to the plastics industry.

Benefits of plastics in day-to-day life

65 per cent of the people interviewed said that they were affected primarily by the positive aspects of plastics in their personal day-to-day life. The pros and cons cancelled each other out for an average of 19 per cent of the people interviewed, while 16 per cent mentioned only the negative aspects. There is a definite trend here: the number of people who think the positive aspects of plastics dominate in their day-to-day life has decreased – from about 80 per cent in 2004 to 65 per cent in 2017. 51 per cent of the decision-makers interviewed said that they intended to reduce the use of plastic in their everyday lives (GP 42%). All in all, the use of plastics continues to be considered essential, particularly in the areas of vehicle manufacturing, medicine, IT and electronics, construction and renovation as well as in the kitchen and households in general; the figure for the latter increased slightly between 2015 and 2016.

In general and in relation to the above-mentioned applications, plastics packaging is felt to be more questionable, although the people interviewed thought to almost exactly the same extent that it is vital.

Plastic and its overall image 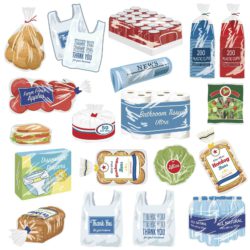 Overall, plastic has a mainly positive reputation in the sectors of the population interviewed; the differences between the individual groups are just a few percentage points. The plastics industry, the image of which has been improving steadily for a long time now, is, on the other hand, mainly seen in a more positive light by decision-makers (it has a positive image for 79 per cent of them) than is the case with well-educated young people, only 69 per cent of whom give the plastics industry positive marks.

The image of practically all areas of industry – with the exception of the automotive industry, the mineral oil industry and the banking industry – with the general public has deteriorated slightly, including the electronics industry – although the latter has the best image of all sectors of industry (1st place with 86 per cent in 2016) – the electricity industry (2), the chemical industry (3), the pharmaceutical industry (6) and the insurance industry (7). 74 per cent of the people interviewed (2016) see the plastics industry in a very or mainly positive light; the figure in 2015 was 77 per cent. The positive image of the plastics industry is still considerably better than average and puts the sector in 4th place in the overall ranking list. 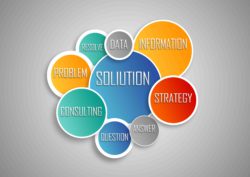 Even the most representative of opinion polls has its weaknesses, as the attempt that is made here is to draw conclusions for what is in general a very much larger total number of people from a random sample of varying size. Nevertheless, a representative opinion poll is definitely able to reflect reality effectively with a small amount of information. Michael Herrmann from PlasticsEurope Germany reports that its opinion poll had demonstrated that plastic as a material and the plastics industry itself are maintaining a strong positive image. He feels, however, that the opinion poll also showed that society still has a substantial need for information about plastic and the applications for it. This need now has to be met by taking suitable action using appropriate methods. Two of the most important tools plastics manufacturers have in this context: focussing on the benefits of plastics products and reporting consistently that plastics save considerably more resources while they are being used than are required to manufacture them. GDeussing