PolyTalk 2016: Towards Zero Plastics to the Oceans 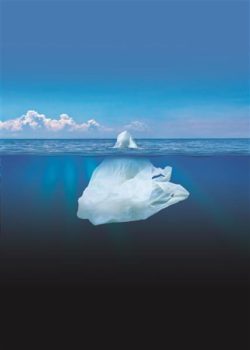 These and other equally challenging questions were on the agenda of PolyTalk 2016, a two day conference organised by PlasticsEurope in Brussels on 16-17 March. With the title “Zero Plastics to the Oceans” the summit gathered more than 250 high-level representatives from the world of politics, industry, NGOs, media, science and academia to discuss solutions to marine litter.

“Marine litter is a global challenge that needs a global solution. We want to find the right answers to marine litter because our aim is for zero plastics entering the oceans” said Patrick Thomas, CEO of Covestro and President of PlasticsEurope. “The plastics industry is an important industry to Europe. We have a key role to play in providing leadership and best practice. We all share the same goal: to protect the environment”, he stated.

“This is one of the clear symbols of a resource inefficient economy” said Marianne Wenning, Deputy for Quality of Life, Water & Air, DG Environment, European Commission. “The plastics industry has taken steps to raise this issue. However, we need to increase our efforts and address the challenge. The Circular Economy Package is an important tool in this respect”, she expressed.

Andrew Morlet, CEO of the Ellen MacArthur Foundation acknowledged the importance of plastics to the broader economy. However, to address leakage and marine litter, there is a need for a fundamental shift in the plastics economy. “We need a global collaboration initiative that matches the scale of the challenge and the opportunity” he said.

Solutions at regional level were highlighted by Bart Tommelein, Secretary of State for the North Sea, Federal Government, Belgium, who explained the efforts made at local level in the North Sea. “We are undertaking several actions, for instance, next weekend, in the Belgium coast; there is a beach clean-up initiative in partnership with ENECO”.

The Turkish Deputy Minister of Environment and Urbanisation, Mr. Mehmet Ceylan also highlighted the need for a global action. “The sea and ocean waste is a mobile waste and actions at local level will not be sufficient. Today, Turkey’s government is working together with key stakeholders such as PAGEV, the Turkish plastics industry foundation, to prevent waste ending up in the marine environment” he emphasised.

At PolyTalk 2016, the launch of the website www.marinelittersolutions.com was announced, which provides the latest news and information about industry‘s involvement in the prevention of marine litter. To date, more than 60 associations in 34 countries have signed the plastics industry’s global declaration, through which 185 projects have been planned, initiated or completed since its launch in 2011 The conference also provided a snapshot of some of the most exciting innovations being developed to reduce litter.

About PolyTalk
PolyTalk is a multi-stakeholder forum organised by the plastics industry to engage with key actors on relevant societal issues in a transparent and constructive dialogue to debate, act and change.