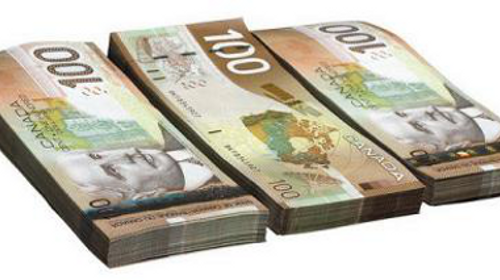 An attractive woman comes out of the water dressed only in a skin-tight bathing suit that emphasises her stunning figure. Her body and hair are still wet as she walks into a shop close to the beach to do some shopping. The salesman is puzzled, because it is obvious that she does not have a purse with her. When asked how she intends to pay, the beautiful woman gives him a seductive look and uses her deft fingers to pull out a rectangular piece of plastic – a credit card – that has been hidden between her bathing suit and right buttock. The salesman smiles in satisfaction.

Credit cards are in widespread use throughout the industrialised world as a familiar way to pay without cash. In spite of the fact that they are so useful, they are sometimes known disrespectfully as plastic money since they are made from a polymer (PVC). Credit cards have many different advantages for users: the fact that water does not harm them is just one of them: neither the structure nor the quality of credit cards is damaged under the influence of moisture. Above all, however, it is possible to remain comparatively relaxed even if they get completely lost, provided their owner notices the loss quickly enough and has the card in question taken out of service by phone, e.g. via the central number (country code + 116 116). Abuse of the card by unauthorised third parties can be prevented effectively by doing this. Losing cash, on the other hand, has something depressingly final about it; the only hope the unfortunate loser generally has in this case is that the money is found and turned in by someone honest.

Credit cards – a valuable innovation made of plastic
Credit cards that make it possible to shop without cash have been on the market since 1950. The idea behind this form of payment came from the USA and was outlined as long ago as 1887 when the book “Looking Backward or Life in the Year 2000” was published by the author Edward Bellamy. The first card was issued by the credit card company Diners Club Inc. to its particularly credit-worthy customers. Owners of a credit card were therefore demonstrating their strong financial position, so that credit cards were also considered to be a status symbol. In addition to this, owners could use them – starting in the United States of America and then later all over the world too – to buy goods and services from the company’s contractual partners by adding their signature to the invoice.

There are many different plastic money cards in the meantime: Master and Visa cards, American Express and various bank cards. Their simplicity, functionality and practicality might suggest that money cards have the potential to replace cash as the classic means of payment. As we all know, this is not so, however. The saying “Cash is king!” still applies today.

Large amounts in small notes are extremely popular particularly – but not only – with crooks. To get rich illegally, plenty of criminals therefore attempt to master the difficult art of printing money in dark cellars and other secret places – with varying degrees of success. At first glance, it appears that all that is needed for this purpose is suitable paper, appropriate inks, a colour copying machine and a certain amount of skill and talent. Counterfeit money is not, however, quite as easy to print as it sounds. Some ingenious characters with enough criminal energy and ability nevertheless manage to make and distribute counterfeit money successfully.

Greater security in monetary transactions thanks to polymer materials
But how can banknotes be made forgery-proof? Canadian financial experts, chemists, physicists and engineers asked themselves this question when the proportion of counterfeit money circulating in the country reached a historical high: in 2004, there were 470 forged banknotes for every one million genuine ones. The Bank of Canada responded. On the one hand, it started to train retailers to identify counterfeit notes. On the other hand, it set itself the goal of making counterfeiters’ lives more difficult – by introducing banknotes made from polymer materials.

The idea of plastic banknotes is not new; synthetic banknotes can be found in the wallets of consumers in many different countries around the world nowadays, including New Zealand, Romania, Taiwan, China, Ireland, Israel and Paraguay. Australia pioneered this development, incidentally. When the country switched its currency from the Australian pound to the Australian dollar in 1966, it wanted to present the most forgery-proof notes in the world. Counterfeiters evidently took this announcement as a challenge to prove the opposite, because the first forged banknotes were already circulating within the country after only a short time. In 1988, Australia finally introduced plastic banknotes that not only have more security features than paper notes thanks to the material used, such as holograms, windows and embossed patterns: “In addition to this, the environmental impact of polymer banknotes is considerably lower than of paper notes”, the Bank of Canada explains in a press release. The company also predicts that the new plastic banknotes will stay in circulation at least 2.5 times as long as paper notes. Quite apart from this, banknotes made of plastic retain value after they are taken out of circulation too. At the end of their useful life, plastic banknotes can, finally, be melted down or granulated and then be brought back into circulation and use as recycled material.

Which only goes to show: money is particularly valuable when it is made from a polymer.