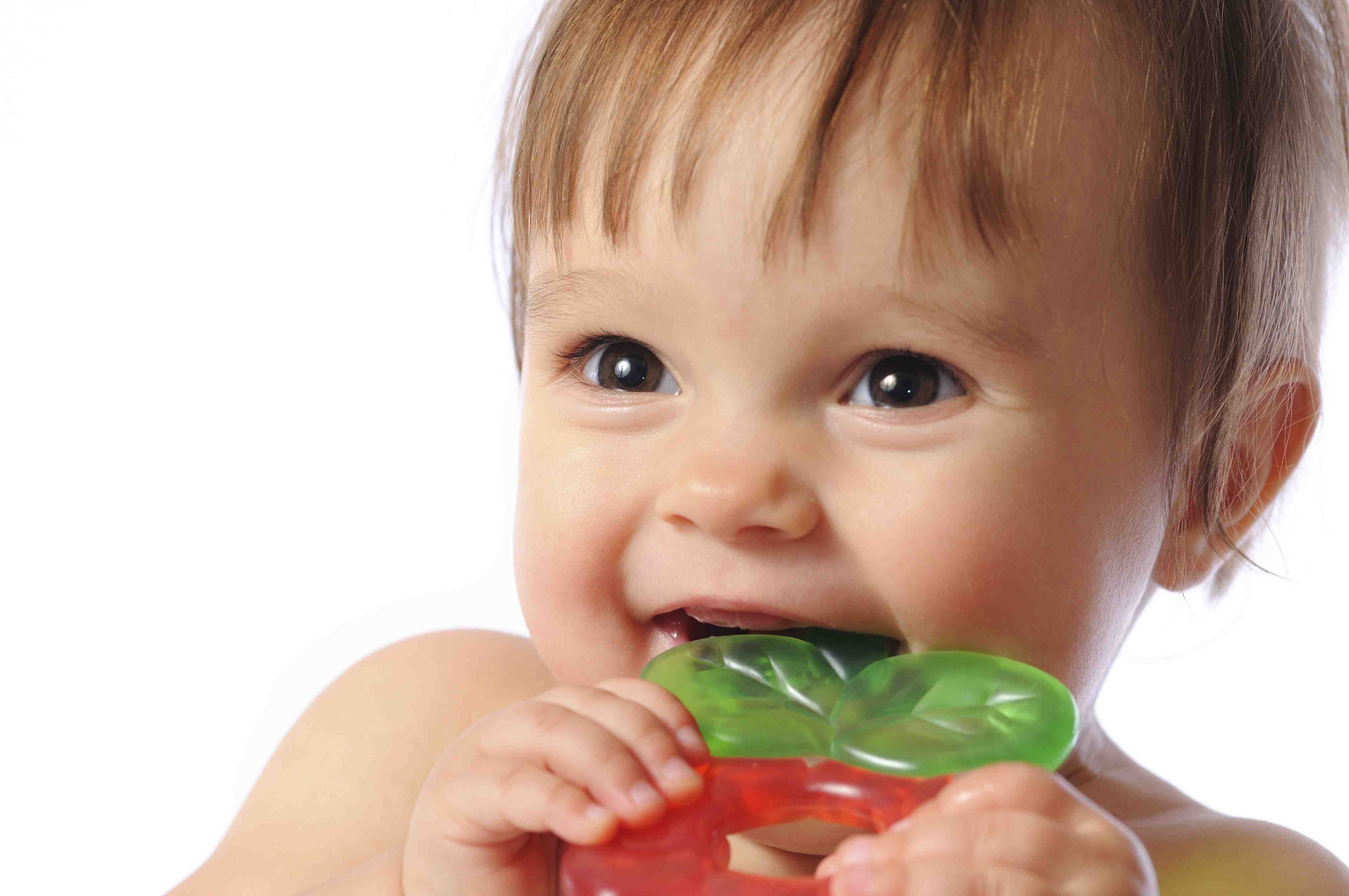 In laboratory tests, two out of ten teethers, plastic toys used to sooth babies’ teething ache, release endocrine disrupting chemicals. One product contains parabens, which are normally used as preservatives in cosmetics, while the second contains six so-far unidentified endocrine disruptors. The findings were reported by researchers at the Goethe University in the current issue of the Journal of Applied Toxicology.

"The good news is that most of the teethers we analyzed did not contain any endocrine disrupting chemicals. However, the presence of parabens in one of the products is striking because these additives are normally not used in plastic toys", says Dr. Martin Wagner, of the Department Aquatic Ecotoxicology at the Goethe University. The substances detected – methyl, ethyl and propyl parabens – can act like natural oestrogen in the body and, in addition, inhibit the effects of androgens such as testosterone. The EU Commission recently banned two parabens in certain baby cosmetics, because of concerns over their health effects.

"Our study shows that plastic toys are a source of undesirable chemicals. Manufacturers, regulatory agencies and scientists should investigate the chemical exposure from plastic toys more thoroughly", Wagner concludes from the study. The additives have only limited benefits for the quality of the product, but can represent a potential health issue. This is especially true for babies and infants, whose development is orchestrated by a delicately balanced hormonal control and who are more susceptible to chemicals exposures than adults. GD