A new book presents the current state of research 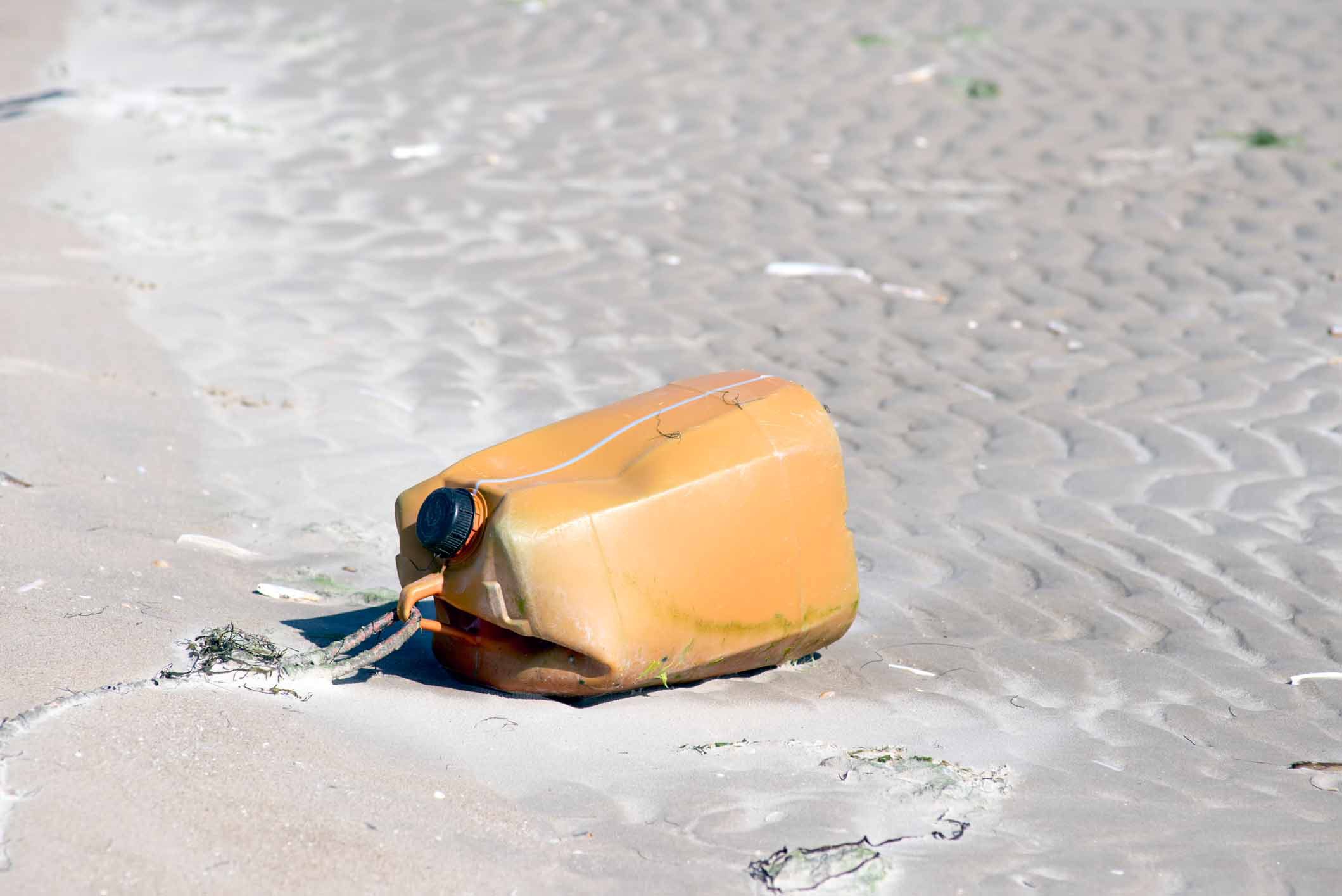 From kite buggies on the beach to kiteboards on the water: the Dutch seaside between Den Helder and Den Haag on the North Sea is a veritable kitesurfing paradise at nearly any time of year. Whether you’re in Callantsoog, Egmond aan Zee, Beverwijk, Zandvoort or Noordwijk—to name just a few of the most notable beach towns popular among vacationers to the North Sea—those who stroll leisurely along the sandy shore can while away the hours hopping from one beach bar to the next, taking in the brisk, salty air and the play of colors marked by surf, tide and the colorful kites that dot the sky. But if you should even briefly direct your gaze during your walk along the beach away from the charms of the horizon toward the sand directly in front of your feet, you may soon find your view of the shoreline spoiled. Though the beach is relatively well maintained considering the sheer number of recreation-seeking tourists that flock to the seaside throughout the year, keen observers will be quick to note the same rainbow of colors the kites draw in the sky as they glide through the air in the sand between their toes: PET bottles, plastic canisters, bits of rigging, plastic bags, shreds of tattered plastic. And if you grind the wet grey sand between your fingers, here and there you’ll see the tiny colored particles that clearly distinguish themselves from the grains of sand: tiny fragments of plastic. Scientists are sounding the alarm at the polluted state of the seas and have expressed their concerns about marine litter in book form.

A new book gives an overview of the current state of research and of research gaps concerning litter in our oceans: “Marine Anthropogenic Litter” will be released by Springer-Verlag as an Open Access publication in June 2015. The editors, Melanie Bergmann and Lars Gutow from the Alfred Wegener Institute, Helmholtz Centre for Polar and Marine Research (AWI) and Michael Klages from the University of Gothenburg’s Sven Lovén Centre for Marine Sciences, brought together experts from around the globe to contribute to the book. Estimates of the amount of litter in the world’s oceans, its distribution, effects on humans and biota, and prevention strategies are just some of the complex topics addressed in the book’s 16 chapters.

“There is already quite a substantial body of research on marine litter. Following the ‘discovery’ of the great garbage patches and microplastics, the subject steadily gained momentum – which made it even more obvious to us how little we currently know about the location and distribution of litter in the oceans,” explains AWI biologist Melanie Bergmann. “Estimates indicate that in 2010 alone, between 4.8 and 12.7 million tonnes of litter ended up in the oceans.” There are, however, major discrepancies between estimated amounts and concrete findings – namely, several orders of magnitude – that cannot be explained by plastic litter fragmenting into microplastics alone. One major problem is the fact that the results of many studies cannot be compared because the methodologies used are simply too different. However, initial results indicate that the deep sea could represent a sink, characterised by unexpectedly high quantities of litter and microplastic concentrations. Very high microplastic concentrations were recently found in Arctic sea ice, far away from highly populated areas. Many plastics have a density similar to that of seawater, which varies with temperature and salinity. As such, a great deal of plastic could simply drift around in the water column, i.e., in the water body between the sea surface and the seafloor. “And lastly, we should not underestimate how much of the litter could be contained within marine organisms and become distributed by them,” adds AWI biologist Lars Gutow.

Some of the more obvious consequences of marine litter are well known, such as dead seabirds with intestines full of obstructing plastics, or strangulated marine mammals and turtles. However, when it comes to other effects, for example, impacts on organisms inhabiting the seafloor or how microplastics behave in food webs, researchers still rely primarily on sound assumptions and plausible chains of evidence. The potential impacts on human health also remain largely unknown, despite the fact that this is an environmental problem of global concern. “We also highlight research gaps,” says Gutow; for example, he is currently working to create a vulnerability matrix for different types of organisms. Physiologists and toxicologists could then compare biota that are particularly sensitive to microplastics with species that are less sensitive, in order to unravel the mechanisms behind these differences.

The editors were surprised to learn just how many regulatory initiatives exist around the world that deal with marine litter. Unfortunately, they do not seem to have had an effect on the global scale: the rise in the amount of litter in the oceans shows no signs of slowing down. “That does not come as a surprise, because industrial plastic production is also increasing, having grown by roughly four percent between 2012 and 2013 to a total of 299 million tonnes,” reports Melanie Bergmann. However, the book also highlights positive examples of litter prevention: “Some less prosperous countries such as Rwanda and Somalia have strictly prohibited plastic bags, which means that they cannot enter and harm the environment,” Bergmann adds. The introduction of a levy on plastic bags in Wales and Ireland has significantly cut the number of bags in circulation and is reflected in lower numbers of shopping bags found on Irish beaches. These measures show that, with good litter management, individual countries can make a difference, even at low expenditure.

For the future, the editors hope to see a more responsible approach to how we use plastics. Accordingly, they feel their book’s target group includes not only researchers and students, but also government offices, environmental protection organisations and other NGOS, as well as political decision-makers. “Plastics should be regarded as a valuable resource rather than being carelessly used in single-use packaging, just because this seems to be the cheapest solution. If the costs of their environmental impacts, clean-up operations and shipping hazards were included in the price, these products would become a lot more expensive, resulting in a more responsible attitude concerning their usage,” summarise the AWI researchers Bergmann and Gutow, along with Dr Michael Klages from the University of Gothenburg’s Sven Lovén Centre for Marine Sciences. To ensure that interested members of the public can also find comprehensive information on the subject, the editors and authors have made the book freely available on the Internet as an Open Access publication: http://link.springer.com/978-3-319-16510-3 (DOI: 10.1007/978-3-319-16510-3). GD