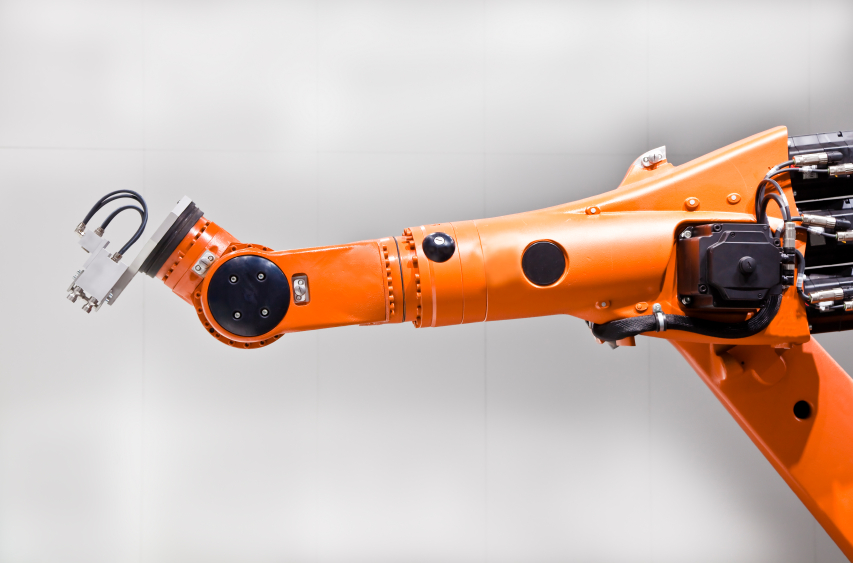 When it comes to soft robots, researchers have finally managed to cut the cord. Developers from Harvard’s School of Engineering and Applied Sciences and the Wyss Institute for Biologically Inspired Engineering have produced the first untethered soft robot — a quadruped that can stand up and walk away from its designers.

Working in the lab of Robert Wood, the Charles River Professor of Engineering and Applied Sciences, a team of researchers that included Kevin Galloway, Michael Karpelson, Bobak Mosadegh, Robert Shepherd, Michael Tolley, and Michael Wehner was able to scale up earlier soft-robot designs, enabling a single robot to carry on its back all the equipment it needs to operate — micro-compressors, control systems, and batteries.

“Earlier versions of soft robots were all tethered, which works fine in some applications, but what we wanted to do was challenge people’s concept of what a robot has to look like,” said Tolley, a research associate in materials science and mechanical engineering at the Wyss Institute and the study’s first author. “We think the reason people have settled on using metal and rigid materials for robots is because they’re easier to model and control. This work is very inspired by nature, and we wanted to demonstrate that soft materials can also be the basis for robots.”

Compared with earlier soft robots, which were typically no larger than a steno pad, the system designed by Tolley and colleagues is huge, measuring more than a half-meter in length and capable of carrying as much as 7½ pounds on its back.
The design process, however, was about more than scaling up the smaller robots.

Giving the untethered robot the strength needed to carry mechanical components meant air pressures as high as 16 pounds per square inch, more than double the seven psi used by many earlier robot designs. To deal with the increased pressure, the robot had to be made of tougher stuff.

The material Tolley and colleagues settled on was a “composite” silicone rubber made from stiff rubber impregnated with hollow glass microspheres to reduce the robot’s weight. The robot’s bottom was made from Kevlar fabric to ensure it was tough and lightweight.

The result, Tolley said, was a robot that can stand up to a host of extreme conditions.

Researchers tested the robot in snow, submerged it in water, walked it through flames, and even ran it over with a car. After each experiment, it emerged unscathed.

Though additional hurdles remain — such as increasing the speed of the robots and outfitting them with sensors — the development of an untethered soft robot is a major advance, Tolley said, one that has the potential to radically transform not only what robots look like, but also how they might be used.

“One of the things that limit our imagination is that factory robots are very large and scary and dangerous to be around,” he said. “As a lay person, you can’t just walk into a factory where industrial robots are working. But a soft system is inherently less dangerous, so you can start to interact with it more, and I think that opens up many more opportunities.”