Plastic – more reliable than a bank? 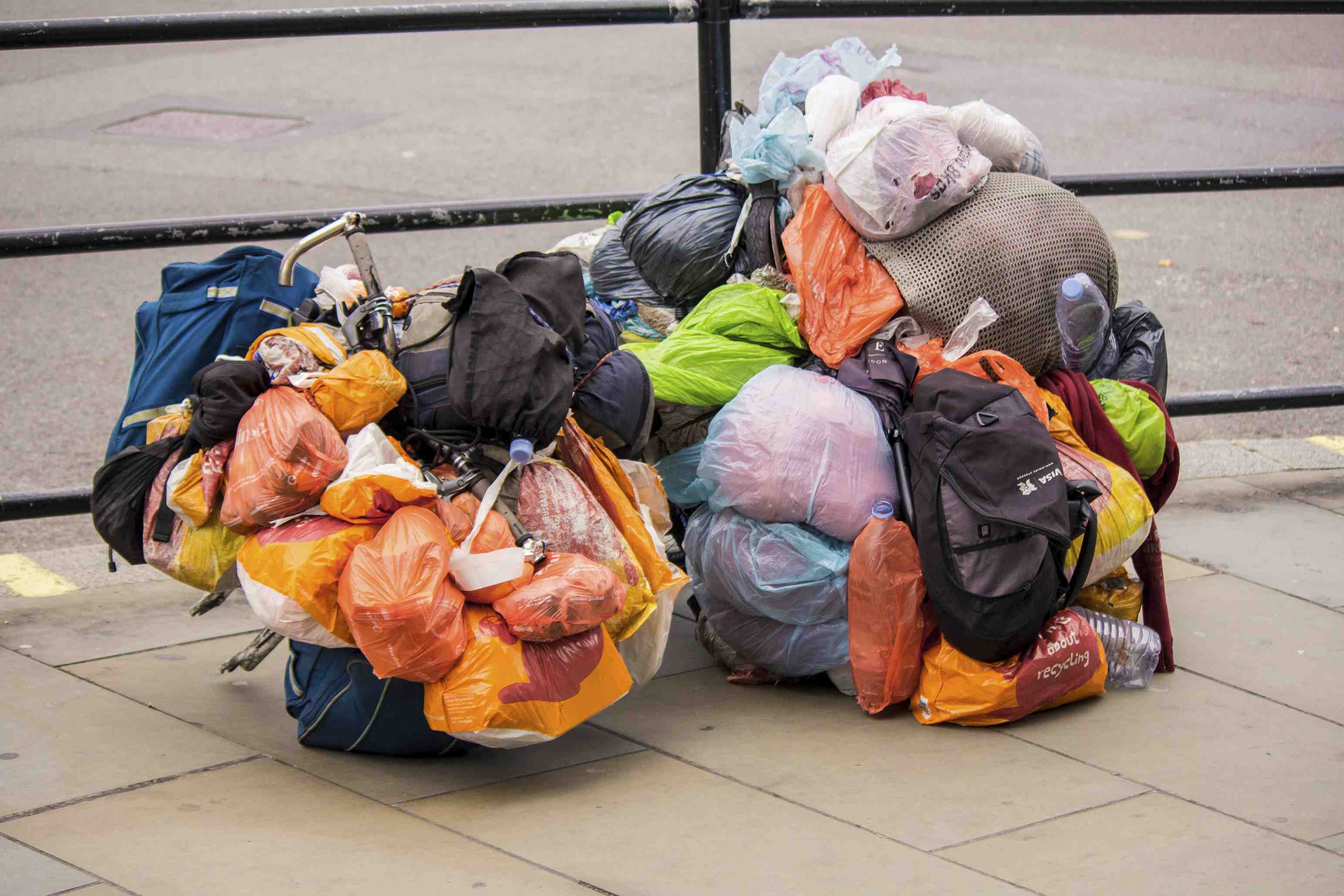 London, UK - September 29, 2013: A large amount of full plastic bags attached to a bike with a missing front wheel outside on a street in London. Source: istockphoto / mikeinlondon

Polymers can do a great deal. It does, however, seem to be worth drawing attention to the fact that there are evidently people who trust a plastic bag more than a bank. This is at least the conclusion that be drawn from a report published by Deutsche Presse Agentur on 30. July 2015.

They are put in socks, hidden between pages in a book or concealed under a mattress. There are still people who do not entrust their savings to a bank but keep them in a secret place at home. What do you do, however, if you have money but no home of your own? Where do you keep your money when you are homeless and live on the streets?

“Deutsche Presse Agentur” recently published a report about a 83-year-old woman who died in a shelter for the homeless in Düsseldorf. When her belongings were sorted, unexpected amounts of money were found, including € 45,000 in 500-euro notes and USD 6,600 as well as jewellery and dental gold – wrapped in a handkerchief and stored in a plastic bag.

No-one knows where the money and valuables came from and it is likely to be difficult to answer this question. It will presumably be not quite as difficult to find someone who is willing to accept the old woman’s inheritance: while we may well think that homeless people stink, money is definitely not to be sniffed at. A search is currently being made to find relatives of the dead woman.

The question why the dead woman had not deposited the money at a bank can be the source of endless speculation: because she did not trust German banks or because she wanted to make sure she always and under all circumstances had enough money with her? Who knows?

It is, however, significant that she carried her money around with her in a plastic bag rather than in a purse or wallet. Who would ever suspect to find such riches in a plastic bag? Many more purses and wallets are stolen than plastic bags, after all.

This can be seen as something of a dilemma: it is an unfortunate fact that plastic bags still do not have a really good reputation. They are used to transport goods or – as in the case of the deceased 83-year-old homeless woman – money and valuables. In some cases, the plastic used can quite rightly be described as a high-tech product, although this does not help to improve the image that plastic bags have. It is unfortunately realised much too rarely that a plastic bag is a valuable material in itself. Which explains why plastic bags are often discarded after being used just once – simply being thrown away anywhere and not recycled!

For the old lady, her plastic bag was invaluable – obviously because of its contents and also because plastic is waterproof as well as being reasonably tough and tear-resistant, while it was black and did not therefore reveal the contents. The plastic bag contained all her wordly possessions, while it was only a plastic bag to everyone else. Fortunately for the old lady – no doubt about that.

That’s life: valuable. Worthless. It is always a question of how you look at things. And it sometimes does us good to rethink our points of view and to change our attitudes. Whether we are dealing with homeless people or plastic bags. GDeußing