Biopolymers increase the effectiveness of drugs 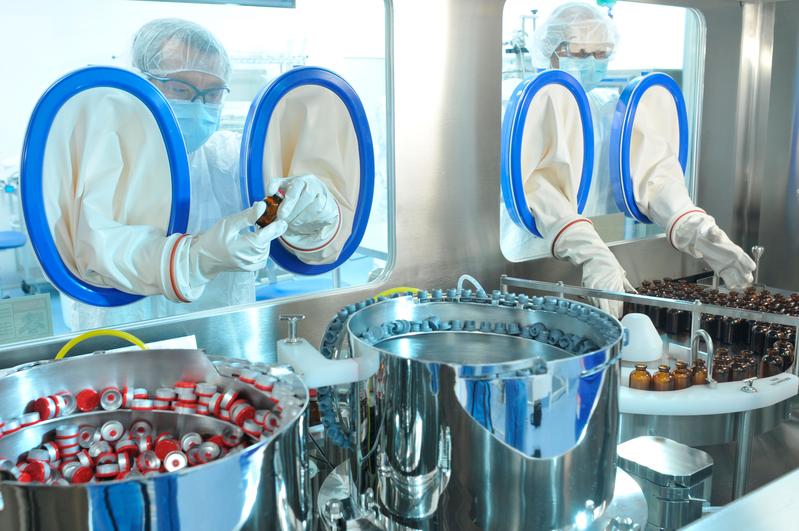 Medications should work. They can only do so if the active reaches its targeted location in the body and remains in place long enough and at a high enough concentration. This is where Evonik’s expertise can help: Biodegradable polylactides (polylactic acids) and their copolymers are especially suited to create sustained release formulations for modern drugs that are injected.

Most medications are taken orally, e.g., as tablets or capsules. However, many modern protein or nucleic acid-based biotherapeutics, such as those used to combat cancer, diabetes or multiple sclerosis, must be administered by injection – under the skin (subcutaneously), into the muscles (intramuscular) or directly into the vein (intravenously).

Drug efficacy is often influenced by the formulation. So-called sustained release formulations provide controlled release of drugs over a longer period. "We formulate modern biotherapeutics with our biopolymers and so enable gentle and effective treatment options," said Dr. Jean-Luc Herbeaux, Head of Evonik’s Health Care Business Line. The finished product is usually formulated as microparticles or as rod implants to be injected subcutaneously or intramuscularly - depending on the desired effect. The active ingredient is continuously released over a defined period as the body gradually degradates the polymer matrix.

"With the help of novel biopolymers, we hope it will be possible in the future to bring biopharmaceuticals into the bloodstream through the gastro-intestinal tract and through respiratory pathways rather than through injections," added Herbeaux. As part of a project co-funded by the German Federal Ministry of Education and Research Evonik has worked with partners to develop novel biocompatible and biodegradable lactic and glycolic acid-based copolymers (PLGAs) and test them in cell models.

Improved tolerability through parenteral sustained release formulations—today
In cases where it is necessary to inject biopharmaceuticals, biodegradable polylactic acids from Evonik have long proven their benefits. The advantages can be seen, for example, with patients who are suffering from a certain type of prostate cancer and treated with a so-called LHRH antagonist. These drugs aim to stem the progress of hormone-dependent cancer by suppressing testosterone production. Since a constant drug level is required, the LHRH antagonist would actually need to be injected several times a day. Thanks to a polymer-based sustained release formulation that is injected under the skin in the shape of a small rod, injection is only necessary every six months thereby increase comfort and compliance and reducing cost of treatment.

Dr. Boris Obermeier, who is responsible for developing biopolymers at Evonik, sees the use of nanoparticles as a step toward even more targeted drug delivery systems. "With customized polymers and suitable formulations, we can protect drugs from the attacks of the immune system, allow them to circulate longer in the blood stream and precisely accumulate in a particular tissue," explained Obermeier at Evonik’s Evonik Meets Science forum in Fulda, Germany.

Applications in the medical technology of today and tomorrow
Biodegradable polymers have also found a place in medical device applications. A wide variety of medical devices can be produced from polylactic acids - from a simple screw or plate to stabilize a broken bone, to absorbable stents. The advantage of these applications: the material is programmed to be metabolized by the body within months to years and a removal by a second surgery is not necessary.

“All of these applications need well-tolerated materials whose properties can be adjusted to suit specific requirements,” said Obermeier. This is the particular strength of the polylactic acids and their copolymers. Evonik is one of the leading product and service providers for the pharmaceutical and medical device industries in this field, with its own development and production capacities for functional polymers in Darmstadt (Germany) and Birmingham (Alabama, USA).

Good prospects for biopolymers based on polylactic acid. GD