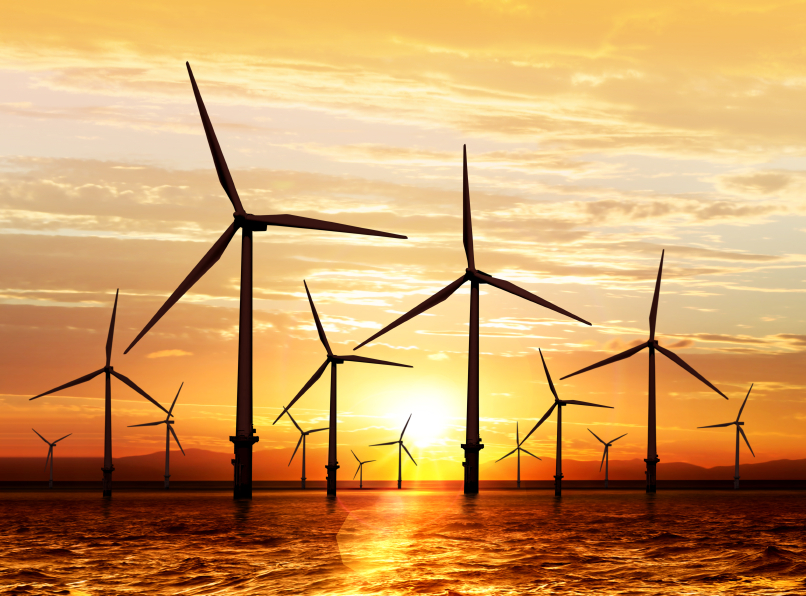 Article in “Der Spiegel” is wrong to discredit polymers

”Der Spiegel” reports [1] that the offshore wind farm Alpha Ventus in the North Sea is producing electricity without a proper operating permit. The article in the German news magazine focusses on a problem that all offshore wind farms face. The title of the article (“Plastic in the ocean”) obscures this fact, however. It is misleading and presents polymers in the wrong light.

For four years now, twelve wind generators in the Alpha Ventus offshore wind farm have been generating about 250 gigawatt hours of electricity – enough for a town with 70,000 households – about 45 kilometres away from the East Frisian island of Borkum. The wind farm is producing power even though the German Maritime and Hydrographic Agency (BSH) has not issued a proper operating permit for it. The author Matthias Brendel finds this surprising, since not even a toy bear can be brought onto the market in Germany without adequate prior testing. “Only where green power is concerned – a major issue that society as a whole is required to tackle – is the motto: go ahead, we’ll wait and see what happens.” Is it sensible and right to do this?

According to a BSH geologist who is quoted in the Spiegel article, offshore wind farms have what is known as a “kolking” problem. “What the experts mean by this is that the piles driven into the ground underwater to anchor the (wind generator) towers are gradually exposed by washing away of the seabed. In the Alpha Ventus wind farm, the enormous steel piles are being kolked to a depth of three or four metres (...)” Matthias Brendel writes that this “periodontisis-like process at the bottom of the North Sea must not be allowed to continue” much more; if it does, then the stability of the towers – which are 92 metres high – would be jeopardised.

He writes that attempts to prevent the erosion of the seabed due to tides and ocean currents – by creating stone dams around the rotor foundations – have proved to be inadequate and expensive. According to Brendel, the energy company E.on from Essen in Germany is now trying to tackle the problem of kolking differently as it builds its Amrumbank West wind farm:

“Instead of stones, two layers of sand sacks made of geotextiles are being laid on the seabed within a radius of 25 metres. Then the steel ‘monopiles’, as they are known, are simply driven into the centre of the heap of sacks. 45,000 sacks made from non-woven propylene are being dumped into the ocean in the Amrumbank West project. Whether and how the roughly 180 tonnes of plastic will leave the ecosystem again is completely unclear.”

It is, however, vital that this question is answered, particularly in view of the fact, firstly, that the ecosystem oceans represent are known to be polluted to a not inconsiderable extent by plastics and other debris and, secondly, that industry, politicians and environmental associations are liaising to work intensively on measures that help to make a substantial reduction in the pollution of oceans by plastic debris. The project that the huge power company E.on is carrying out seems to be dubious in this context.

The use of polymer materials is easily understandable in this case, however. The E.on engineers are evidently relying on the special capabilities and properties of polymers, which can, after all, be designed individually in laboratories. It cannot be said at a distance whether their plan to get the problem under control by using plastics will be successful. So the criticism of the use of plastics in the construction of offshore wind farms may well be justified.

The real problem is not the plastic, however. The problem is structural in nature. It appears that the plan to generate power in offshore farms has not been thought through thoroughly enough. The concept of “sustainable design”, with which the plastics industry, the automotive industry and other industrial sectors are being confronted, seems to have been ignored completely in the case of offshore wind farms:

“(...) So far, neither the power industry nor the political community appears to have taken a serious look at what happens to the wind generators at the end of their useful life, which is estimated to amount to 20 to 25 years.“ Matthias Brendel writes that the wind generator towers will be removed, but the underwater piles will be cut off just under the seabed and will remain there, as will the 60-metre-long supports that have been driven into the bottom of the ocean.

According to Spiegel author Brendel, recycling is playing a secondary role at best with the present state of the art: “Between 85 and 150 tonnes of high-quality structural steel are left behind per megawatt of generation capacity. If and when the final target set by the German government is reached – 6,500 megawatts by 2020 – up to one million tonnes of steel are likely to have been driven into the seabed.”

Brendel points out: “The BSH has not been commissioned to investigate what impact disposal of such enormous volumes of material in this way will have on the environment.” Although it can in his opinion be expected that the marine ecosystem will as a result be polluted by large amounts of toxic material and rare earth metals – which are in increasingly short supply – with unforeseeable consequences.

It is not the plastic that is a cause for concern, but the fact that the offshore wind farm concept has not really been thought through thoroughly enough. Action needs to be taken. But is activism the solution?

Knowing what we do today, it is advisable to take a closer look at the potential of other sources of green energy, such as tidal power plants, and, at the same time, to initiate a creative process, at the end of which more environmentally sustainable solutions for the generation of power are found and established in the near future.

It is highly likely that polymer materials will make a major contribution in this context. GDeußing