The future of medicine 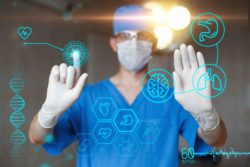 In the USA, customised implants have been manufactured for the first time by the 3D printing process from biodegradable polymer materials, with which the lives of young children can be saved who have suffered from severe respiratory problems ever since they were born [1].

Statistically speaking, one in every 2,200 children is born suffering from tracheomalacia [2]; this condition is characterised by flaccidity of the tracheal support cartilage. Due to tissue weakness, there is a danger of the trachea collapsing during both the inspiration and expiration phases due to the vacuum that forms in the organ. The consequence is that breathing resistance increases; the patient can suffocate.

This fate was shared by Kaiba Gionfriddo, who was not quite two years old, and Garrett Peterson, who was only a few weeks old [3, 4].

Glenn Green, associate professor of pediatric otolaryngology at the University of Michigan, decided to adopt an approach that had not been tried before in order to make sure that his patient Kaiba survived. His thinking was to stabilise the child’s unstable bronchus by integrating tubular splints in the course of an operation so that Kaiba stayed alive.

A cast made of a baby's trachea and the splint fitted on the bronchus. (Source: University of Michigan)

Polycaprolactone consists of a series of methylene units, between which ester groups are formed. The very simple structure of the polymer makes it possible to rotate the individual links in the chain on an almost unlimited basis; the glass transition temperature (Tg), i.e. the curing temperature, is very low. At room temperature, short-chain, amorphous (molecularly random) polycaprolactone is soft and rubbery. Due to the consistent structure, it crystallises well, however – which describes the opposite of the amorphous state; the material is reinforced as a result [5].

Polycaprolactone is biologically degradable too. It is degraded by microorganisms, generally in the absence of oxygen (anaerobic). It is likely that this highly significant fact is what made it extremely interesting to Green and Hollister. The material blends well too; it combines with other plastics as well as with lignin [6], gels, starch and other materials. It also sticks to many different surfaces, is easy to process, melts well and is not toxic, which is particularly important if the material is supposed to be used in the human organism.

The foundations had been laid, so that Green and Hollister started practical implementation once the US “Food and Drug Administration” (FDA) approved the project and thus gave them the go-ahead. 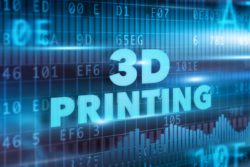 On the basis of a model of the bronchi, which was developed with the help of imaging techniques, a process had to be found that enabled tubular splints a few centimetres long to be manufactured from polycaprolactone quickly, efficiently and precisely enough. 3D printing proved to be particularly suitable in every respect – for the production of a scale model of the bronchi too.

3D printing is a manufacturing process that involves primary shaping, i.e. the production of a solid body from a shapeless material, as is the case in casting, sintering or extrusion too, for example. Three-dimensional workpieces with specified dimensions and shapes are produced in a 3D printer from one or more liquid or solid materials with the help of computers (CAD) [7].

What were in the final analysis produced by this process were stent-like rings one to two centimetres long with partial longitudinal openings that were placed over the collapsing bronchi and were sewn around them in an operation. The splints enclosed the bronchi like an external framework or skeleton, allowing Kaiba to breathe freely and enabling the respiratory tract to grow properly.

“It was amazing”, Glenn Green remembers. “As soon as the splint was put in, the lungs started going up and down for the first time and we knew he was going to be OK.” And Scott Hollister adds with reference to the material used: “It takes about two to three years for the trachea to remodel and grow into a healthy state, and that’s about how long the polycaprolactone will take to dissolve into the body.” 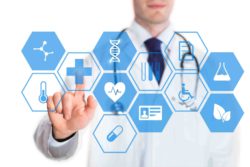 Information about the successful treatment of 20-month-old Kaiba Gionfriddo spread and reached the parents of  Garrett Peterson – who was only a few weeks old – too. This child has also been suffering from the effects of tracheomalacia from birth and his parents feared that their son would probably never be able to live without a ventilator. Then they heard the news about Kaiba ...

Hollister created a 3D model of Garrett’s airway and custom splints made from polycaprolactone. Garrett’s chest was finally opened on 31. January 2014 for what his parents hoped would be a successful operation by Richard G. Ohye, head of pediatric cardiovascular surgery at the University of Michigan. What he saw initially was anything but encouraging, however. The boy’s windpipe had already collapsed and one of his lungs was completely white – like in a dead person. Ohye sewed a splint around Garrett’s right and left bronchi. Following the procedure, the mood turned tense. Everyone was relieved when air flowed into the lungs and the windpipe stayed open without collapsing.

The long wait had come to an end. In the coming three years, during which the polycaprolactone splints slowly dissolve into Garrett’s little body, he would get enough air. His organs will be able to grow and develop just like a healthy child. Thanks to smart minds, modern medicine, ingenious technology and, last but not least, innovative polymer materials.GD